We all worry when we hear the sound of gunshots, and we should. Each day in Mzansi, 23 people are shot and killed [1]. Guns, both legal and illegal, are easy to get and threaten the safety of everyone.

We can help change this. A new gun law is under discussion that could help stop gun violence. You can help the new law become a reality by making public comment before the 2nd of August.

The Draft Firearms Control Amendment Bill, published by the Civilian Secretariat for Police Service, will reduce gun violence. You can read a useful five-page summary here [2].

Dear Civilian Secretariat for Police Service, this is my public comment on the Draft Firearms Control Amendment Bill. I strongly support the Bill because it will make our communities safer in these ways:

- Less guns in Mzansi would mean less people will be shot and killed.

- Police will be held more accountable for guns going missing.

- Stopping abusive men from getting a gun licence helps reduce women being shot and killed in their homes.

- Having a gun in the home increases the risk of violence in house robberies [3]. It is safer for everyone if there are no guns in our homes or streets.

- Limit people from buying lots of guns and bullets, including for hunting and sports shooting.

I call on you to strengthen parts of the Bill by doing the following:

- Those charged with drunk driving should never have a gun licence.

- Increase the age limit on gun licences to 26 years. This will protect our young people.

[3]  The increase in home robbery has occurred because perpetrators see it as a high-gain low-risk undertaking. Lizette Lancaster for Institute for Security Studies. 23 April 2013

By clicking “Send my comment”, you are supporting this campaign and agreeing to amandla.mobi using your information for the purpose of this campaign. Such as delivering the names of those who support the campaign demands to the decision-makers. We will delete your personal information after the campaign has ended unless you leave the box ticked that you would like to receive campaign email updates. You can unsubscribe at any time. We will never share your personal information with any third parties without your permission. See our full privacy policy here.

Changes to make our gun law stronger will affect everyone. It will affect police officers by ensuring that they are held accountable for the loss and theft of their guns and guns in their care. It will affect women in abusive relationships by allowing them to ensure that their abusive partner is not successful in getting a gun licence or having a gun removed immediately if he already owns one. It will affect gun owners by limiting the number of guns and ammunition they can own for hunting and sports shooting. Finally, it will make all of us safer by prohibiting a gun licence for self-defence, a change based on evidence showing that a gun in the home increases the risk for gun violence in the home.
Thanks for signing! Your signature has been added.

Next step - spread the word

Thank you for signing.

Support a strong gun law to save lives 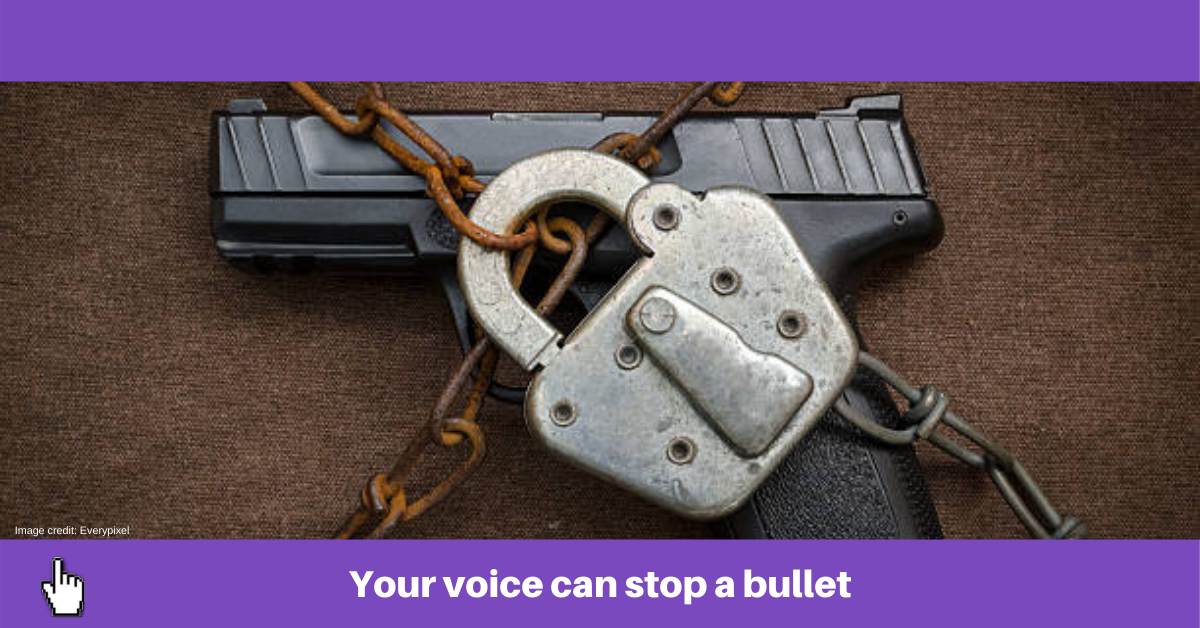 People are shot and killed by guns every day. You can help make Mzansi's gun law stronger by submitting public comment before 2nd of August. Your voice can stop a bullet. Take action and send your comment here: https://act.amandla.mobi/campaigns/silence-the-guns #StrongGunLawsSaveLives #YourVoiceCanStopABullet